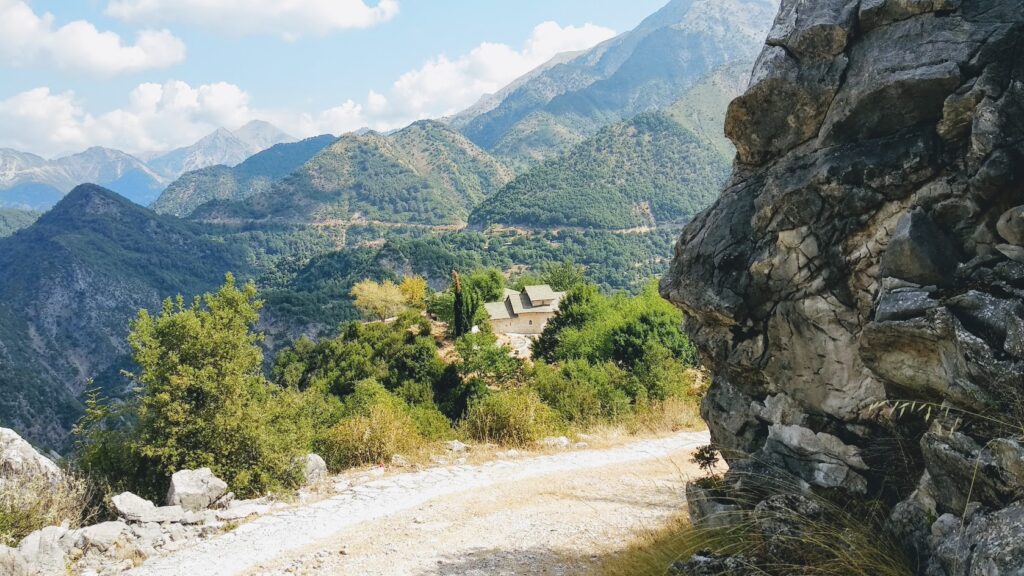 Μετά την εξαιρετική επιτυχία που σημείωσε το 4ο Epirus Film Festival in August and October 2021 and the significant participation of many dozens of Greek films that literally swept the awards of our committees we arrived with great struggle and little help on our fifth anniversary, which seemed unthinkable when we started this huge cultural effort which brought the cinema to the village squares at every corner of Epirus. It should be noted that during the operation of the WEST SIDE MOUNTAINS DOC FEST or International Documentary Festival of Epirus, we have received participation from over one thousand five hundred films, coming from more than one hundred countries of the five Continents. These include films from the sort lists of the Oscars, the Cannes Film Festival, the BAFTAs, etc., which confirms the fact that the Festival has established its international character and has developed strong ties with relevant institutions abroad. Our effort enhances the promotion of Greek participations abroad, but also foreign ones in Greece, through two-way exchange relations, with recognized festivals of international character.

BRIEF HISTORY OF OUR BODY

AMKE Culture KANTO MEDITERRANEO Founded in 2017 and until today has created and developed the WEST SIDE MOUNTAINS DOC FEST ή Epirus International Documentary Festival, as an important and international film festival, which has already been established as an institution in the region. At the same time, the organization has developed a variety of activities in the fields of modern culture, which is reflected in the development and implementation of cross-sectoral culture workshops, collaborations with institutions and agencies for publishing books and digital actions, while offering important cultural work in the mountains of Epirus. . We also founded “History. Arts and Sciences Documentary Festival "which will take place in October in Athens and we will inform you in detail soon. Σημαντικές αναγνωρίσεις του φορέα αποτελούν τα βραβευμένα ντοκιμαντέρ μας από σημαντικά φεστιβάλ της Ελλάδας και του Εξωτερικού, όπως “ Ο Μηχανισμός των Αντικηθύρων”, “Τα μαρμαρά μας”, “Γεώργιος Καραϊσκάκης”, καθώς και οι προσκλήσεις συνεργασίας και συμμετοχής από πολλά ξένα φεστιβάλ και φορείς του εξωτερικού.

WEST SIDE MOUNTAINS DOC FEST, or the International Documentary Festival of Epirus, is now an established film festival that receives entries from around the world and from creators of all ages and nationalities who submit their films to our committees. Our goal is to promote, highlight and understand the basic principles of cinematic art and so WEST SIDE MOUNTAINS DOC FEST develops cultural bridges with the world, enhances the sense of community and intercultural communication, while also educating acquaints the viewer with the cinematic art. At the same time, the Festival, through its selections and special tributes, promotes social issues and confronts stereotypes and prejudices of all kinds. In this direction, films are rejected by the organization. with extreme political, racist or religious positions.

In the context of the parallel activities of the Festival, we have developed collaborations with the local cultural institutions of the Region of Epirus for the implementation of actions for recording - archiving and promotion of their events on tourism, historical, religious and environmental issues. We provide this material free of charge to schools and institutions in the wider area, in order to contribute to the diffusion of cultural property and to the development effort of the area. Also, we have highlighted as the main goal of the Festival the cooperation of local authorities, involved Municipalities and other bodies of nearby areas, Educational Institutions, Civic study and culture companies, Museums, Tertiary and Secondary organizations, as well as associations and other organizations. dealing with culture, folklore, history and the arts. The cooperation of all these bodies, which we have sought from the first moment of the creation of the West Side Mountains Doc Fest, has led to its consolidation and its transformation into just five seasons, into an institution that offers significant benefits throughout the region and consequently in the culture of our place

An important goal of our business plan is for a significant number of journalists, artists and celebrities from the field of letters and arts to attend the festival. To this end, we send mass newsletters to the mainstream media, the print and electronic press, while the representatives of the artistic field (directors, screenwriters, composers, actors, film technicians, film critics, all, are informed about the Festival through letters). the arts), but also the academic community. Our design for the best promotion of the Festival includes the creation of advertising trailers that will concern each village or city that participates in the screenings. We will also promote the festival through Social Networking Networks, local newspapers, clubs and organizations and more that we can in the difficult days of the incredible accuracy we go through.

So after we have analyzed our goals and intentions, we invite you to participate with some of your films in the Anniversary 5th West Side Mountains Doc Fest or International Documentary of Epirus without any financial obligation. For information call us at 6955638775 or send us a reply message with your details and of course your phone number, at cantomedfest@gmail.com in order to contact you and send you your participation form.

Films lasting up to 60 minutes are accepted.

With our warm greetings