We would like to inform you that due to the coronavirus pandemic (COVID-19), we are forced to cancel the Awards Ceremony for the winners of the 3rd International Side Documentary Festival of Epirus (West Side Mountains Doc Fest), which we had planned for the second half of October.

Without further ado, we announce the winners of the awards:

«Butterflies in berlin-Diary of a Soul split in two», Director Monica Manganelli, Germany

«A Monologue in the Intermission», Director Peter Vulchev, Bulgaria.

Christopher Anagnostopoulos for the film «Forest of Tranquility»

Special Honorary distinction is awarded to the following films:

To the movie Collecting Time, directed by Christos Sagias

To Christos Karakasis for the movie "Take a trip"

To Grigoris Giarelis for the movie "Take a trip"

Honorary distinctions are awarded to:

Voula Germanakou Kopsini for her film "The Story of Yannis"

Nikos Loupakis for his film "The girl who was born twice"

A special honorary distinction for his overall contribution to the cinema is awarded to Menelaos Kyrlidis, who participated with his film "I Remember"

This is our promotional video. You can promote it wherever you want 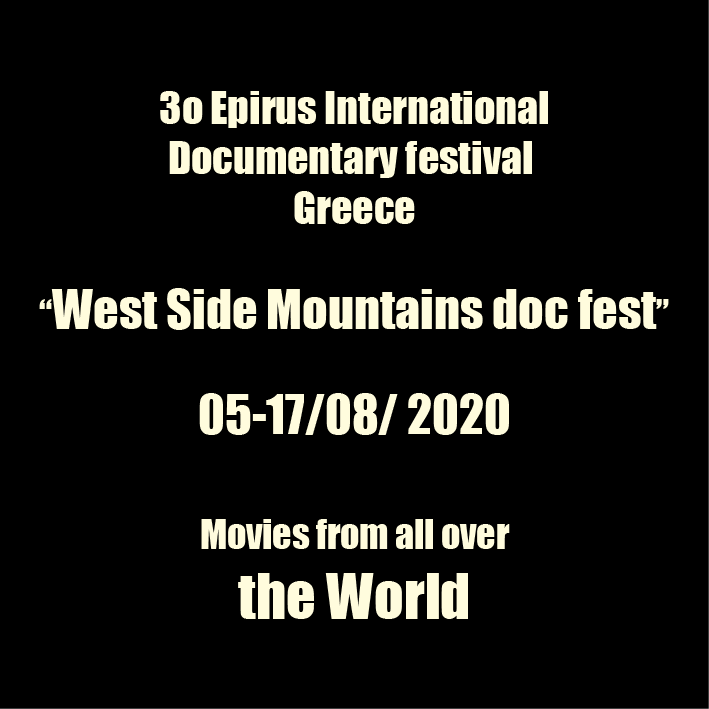